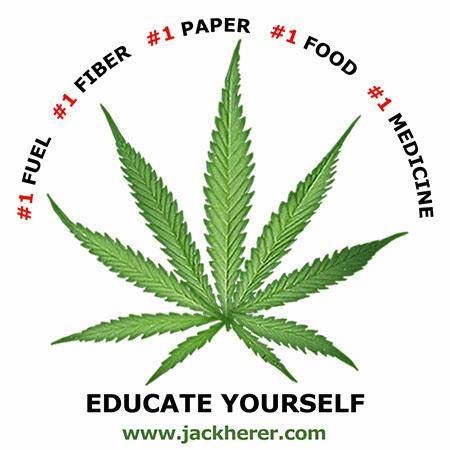 Hemp is the common name for cannabis, the first plant cultivated by humanity as we crept from being Neolithic to becoming Agrarian. Likely this was due to a few reasons. First, hemp is an extremely versatile plant, with leaves, seeds and stalks all capable of creating useful products. Second, it’s particularly easy to grow, needing little in the way of fertilizer or pest control. And finally, hemp is native to many parts of the world, particularly The Fertile Crescent, where some of the first agriculture happened early in our civilization.

Hemp use predates the Agrarian Age, as hemp fibers have been found in pottery in China and Taiwan dating to 7,000 years ago. The classical Greek historian Herodotus (ca. 480 BC) reported that the inhabitants of Scythia would often inhale the vapours of hemp smoke, both as ritual and for their own pleasurable recreation. So presumably the Scythians were the first recorded stoners.

In Europe, hemp growing and production became quite popular during the Medieval Age, having disseminated in that direction along with much of the technology of the Arabic Golden Age in Northern Africa. In Europe hemp seeds were used for food and oils, the leaves for teas and the stalks for fibres, including rope, clothes, sails and paper. Estimates put the number of Europeans actively involved in hemp growing and production in the 15th and 16th century at well over 50%.

Hemp has a strong historical influence on every continent, with varied cultural and religious traditions. Many African spiritual practices involve consuming hemp smoke to enhance awareness and generate visions like the Dagga ‘cults’.

The Spaniards brought hemp to the Western Hemisphere and cultivated it in Chile starting about 1545. However, in May 1607, "hempe" was among the crops Gabriel Archer observed being cultivated by the natives at the main Powhatan village, where Richmond, Virginia is now  situated; and in 1613, Samuell Argall reported wild hemp "better than that in England" growing along the shores of the upper Potomac. As early as 1619, the first Virginia House of Burgesses passed an Act requiring all planters in Virginia to sow "both English and Indian" hemp on their plantations. The Puritans are first known to have cultivated hemp in New England in 1645.

In more modern times, hemp was a popular crop in antibellum Kentucky and other southern states. It was commonly used for a variety of products, most notably the paper on which the U.S. Constitution was written. Several of our founding fathers were hemp farmers.

All this changed with William Randoph Hearst, who began demonizing hemp in order to leverage his great tracks of forest for paper production instead of needing to buy hemp from other farmers. His effort to demonize the plant was also instigated by his racism, as many hispanics and blacks used hemp for recreation. The word, marijuana, is the hispanic term for that form of hemp which has psychoactive ingredients.

There are several varieties of hemp, most of which have very little THC [tetra-hydro-cannabanoid], the mind-effecting component. For most of U.S. history, the distinction was well-understood and laws reflected that awareness. Like so many with the power of media, however, Mr. Hearst did his best to cloud that distinction, as he was against hemp in any form. Indeed, industrial hemp was referred to as ‘ditchweed’, while hemp for medicinal or recreations purposes has come to be known as marijuana.

An analogy would be poppies, where you have the breadseed poppy seeds that can be found on bread or rolls, in contrast to the opium poppies grown to create morphine and heroin.

As reference, the timber and lumber industries, textile and petro-chemical industries are the most influential in keeping hemp illegal. As usual, we can follow the money. Then for pot there’s the pharmaceutical industry, the alcohol lobby and all those anti-drug agencies with self-preservation interests. We learn much from understanding these connections.

With this background, let’s consider how hemp might again play a pivotal role in our culture.

Assuming access to air and water, our most regular needs are for food and energy. In the World4 culture, these needs, at least for the industrialized world, are met through global corporations like ADM, Monsanto, BP and Exxon. And of course, hemp is illegal to grow in much of the industrialized world and particularly the United States.

But as noted above, hemp is easily grown with little required in the way of fertilizer or pesticides. As such, hemp typifies a sustainably-oriented plant. Corn, by comparison, requires heavy doses of fertilizer, especially nitrogen, and requires a good deal of pesticide use, with Roundup often used to kill weeds, and genetically modified corn seed that is resistant to the effects of Roundup. With the vast expanses of corn grown in this country, it should be no surprise that the runoff from these chemicals has created a huge dead zone in the Gulf of Mexico. And let us not forget that our tax dollars subsidize these efforts through farm and energy subsidies.

With hemp, we have a low-impact, high-yield crop that can be used for a variety of uses. The stalks and fiber can used for composites that can be a wood substitute in an array of products. They can also be processed to create ethanol. They can be burned as a carbon-neutral resource, since the carbon they release is but the carbon the plant ingested during it’s life. Durable, light-weight, and strong, it’s difficult to imagine all the uses for industrial hemp were we to focus on designing and building hemp-based products.

With hemp oil we have another energy-rich resource, which can be used in cooking, as lamp oil and as a medicinal, as its high concentration of essential fatty acids is great for the skin and overall health.

Hemp seed can be used as a food as well. The roasted seeds are crunchy, they can be used in soups and casseroles, mixed with cereals or other foods. They’re highly nutritious, have a good deal of protein and again, are positive-impact environmentally.

Hemp has remediation properties too. It absorbs heavy metals in the soil, reducing their toxicity and harmful environment effects. There are vast expanses of hemp in the area of the Chernobyl nuclear accident for just that reason.

Hemp can be grown successfully in nearly every state in these United States. One can imagine a culture where locally produced hemp provides a good portion of the energy, food and product needs for our communities. This methodology would provide employment in both production and processing of the plant. It would reduce the environmental damage caused by our overused, subsidized corn. [Corn syrup is a cheap, low grade sugar that’s in a ton of processed foods.] Re-integrating hemp into our culture is just good, common sense.

And then there’s marijuana. The heathen devil-weed [a term coined by Heart’s yellow press] was blamed for all sorts of bad behavior as part of the demonization process. But as usual, someone who smokes pot and acts badly likely acts badly anyway, with marijuana as the straw man. Marijuana reduces aggressive behavior, unlike alcohol. This slander against the singular most influential plant in human history is but one example of the dysfunctionality of our culture.

Weed does indeed have psychotropic properties of note. Being stoned has a curious effect on the mind. Most say it tends to enhance whatever we feeling or experiencing at the time, offering a heightened experience of music or games or food [the proverbial munchies]. It is often used as a mind-quieting agent as well, as the stream of thoughts so constant to most of us becomes less pressing in a marijuana state of mind. In our fear-ridden, highly-stressed culture that alone could be of great value.

It’s worth noting that marijuana has not been placed as the medical cause in a single death in this country. Compare that with alcohol, tobacco, or the host of concoctions the pharmaceutical industry markets to us constantly. Mary Jane is decidedly benign.

As a medicinal, hemp oil has the afore mentioned essential fatty acids that are very effective for skin issues like excema and when ingested enhances body health. Medical marijuana is much in the news these days, being legal in California and a handful of other states. It’s value in alleviating the worst effect of cancer treatments,  chronic back ache and other issues is well-documented. Imagine if our culture actually encouraged research on medical marijuana. Not likely when the legal drug cartel we call the pharmaceutical industry has so much influence in government.

Proposition 19 is a measure on the ballot in California this fall that makes hemp legal. It merits our support for all the reasons indicated in this writing. Perhaps with this ballot measure passing we can begin to reverse the foolishness that has withheld leveraging this marvelous plant for the last 100 years.

Perhaps one of the most beneficial characteristics of this renewable resource is that the hemp plant can be used in its entirety, and that a streamlined life-cycle assessment yields positive impacts on the environment throughout the growth, harvest, and production stages. The industrial hemp plant offers a wide variety of high performance applications through the many aspects of community design, and will help strengthen our local economy, return power back to our local agricultural industry, and restore the environment as it grows. – Scott Blossom

Well said, Mister Blossom. Perhaps this fall [in California Ballot Measure Prop 19] we’ll begin to see a return to sanity in our policies toward this marvelous and versatile plant. And wouldn’t it be just swell to see this happen in the wider context of a return to localism. Very World Five – dude. 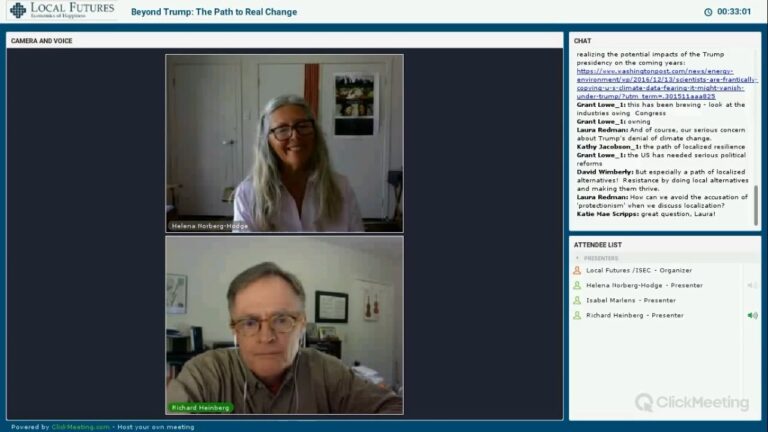 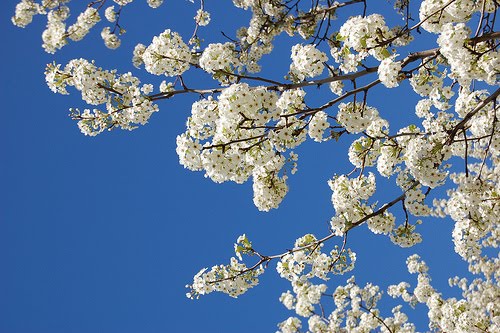 As the corruption in our system continues unabated and the interminable Republican Primary Season continues its buffoonery of ‘solutions’ for our failing state, there is some highly unusual behavior taking…

There is an implicit notion in our culture that corporations equal capitalism. Nothing is more false.  Capitalism is the notion that folks make products or offer services, each with a… 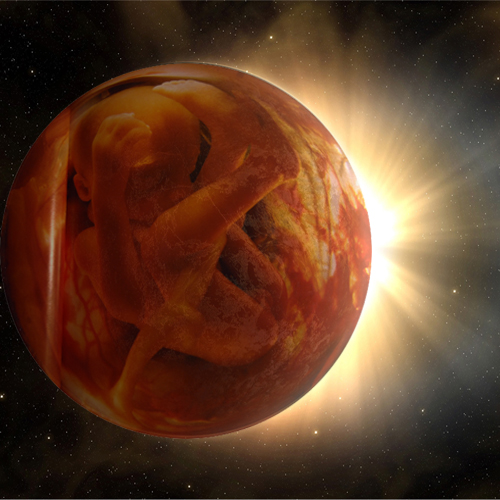 For centuries the vast majority of humanity has suffered under the thumb of elitism, the system where powerful political and commercial interests collude to take advantage of the rest of…

The Empire doesn’t understand yet what has happened. Legalizing hemp farming and hemp industries will have a profound impact on our local communities, our soil, our ecosystems and our culture at…